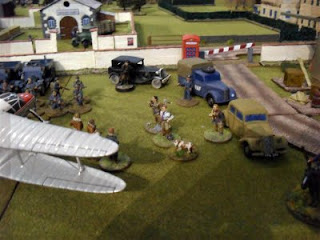 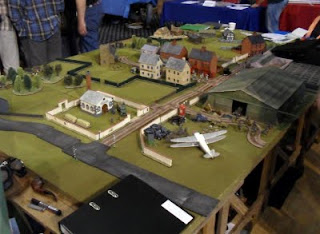 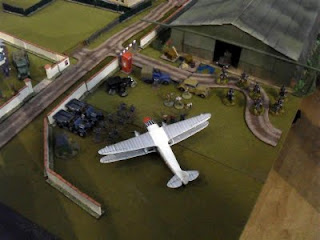 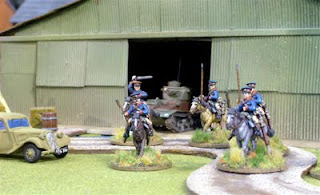 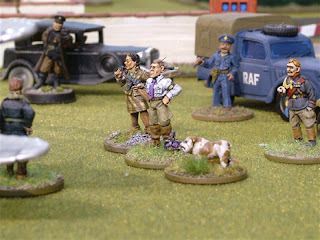 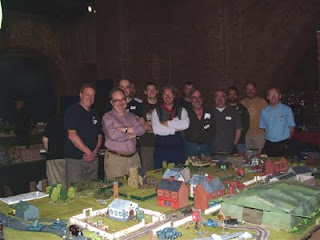 Some pictures above, some taken by me, some from Partizan's website, of the game which me and some of the chaps from GWP put on at Partizan last Sunday. (and a picture of me and the chaps at the bottom) Was a very fun day and the game went well, especially when you consider that it was organised only over the internet and the first time we ever laid out the table was on the day of the game.

The game was a VBCW, the king and consort visiting RAF Wittering when a number of the other factions turned up and had a go at grabbing the king. We didn't quite get to a conclusion, although the local police came closest to winning, and taking the King into protective custody.

The buildings were supplied (in the main) by me, Ook and Panzerkaput from GWP as well as a huge hanger which Bungle from GWP built in two days, and had functioning doors. A really enjoyable day and I even got to use my RAF LDV.

Partizan itself was also really good, I spent a fair amount and saw some other great demo games. We have been invited to return next year, although I probably wont be involved in organising that one as I am moving back to Scotland, and its a bit of a trek.
Posted by Smillie at 10:11