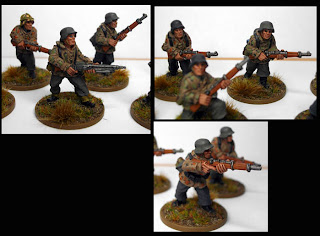 Its that time again. I am selling off some figures (painted and unpainted) to gather some funds for a Diorama project I fancy having a crack at.

First lot is the above German Infantry figures which I painted earlier in the year, but which I doubt will ever make it onto a table so it seemed like a good moment to shift them. All 10 figures are on ebay for £30 painted and based. 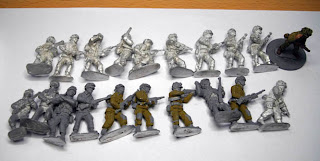 The second lot is two unpainted squads of US Para's from Offensive Miniatures (one of the figures is painted and a picture is on the blog elsewhere). I had intended to paint these and collect up to a platoon of US para's but again Its not something I really game and have never gotten around to painting them.

They are on ebay for £20 which is 33% cheaper than bought from new.