My Kingdom for some Light 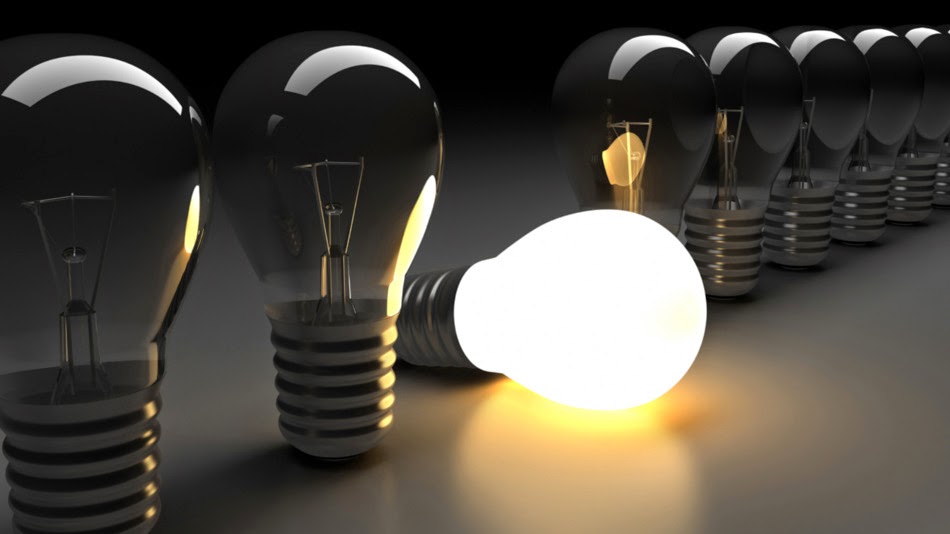 Before I start to drone on about my figures I must apologies for quality of the pictures. My daylight lamp stopped working (the bulb) and I have not been able to find a replacement so the pictures were taken using actual daylight only and are frankly terrible.

The lack of lamp has also been why I have not posted much this month, without the lamp i'm restricted to painting when there is good local light (which has not been often).

Miniatures wise I've just finished a range of 6mm stuff for my 51st Highland Division project. First up 6 Battalion command stands. I realised recently that whilst I had a Headquarters Company each Battalion had a further command section above this at the Battalion level. So the following 6 stands represent the actual Battalion commanders on the table top. Gaming wise these are probably not really necessary but what the hell it was a good reason for some small diorama stuff. 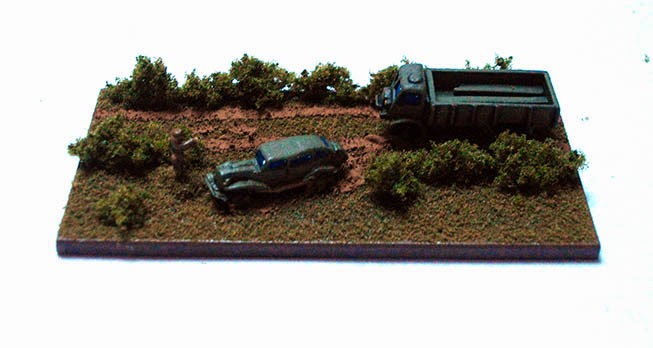 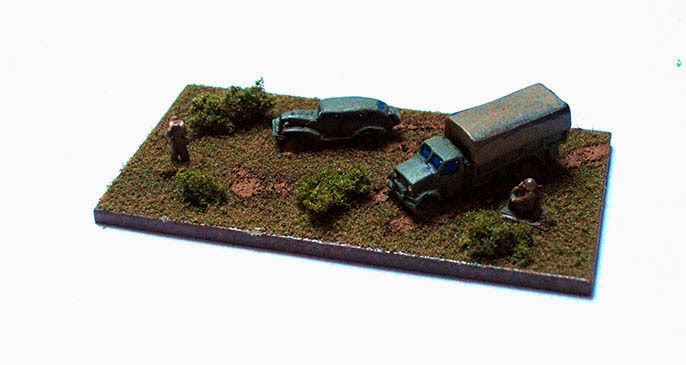 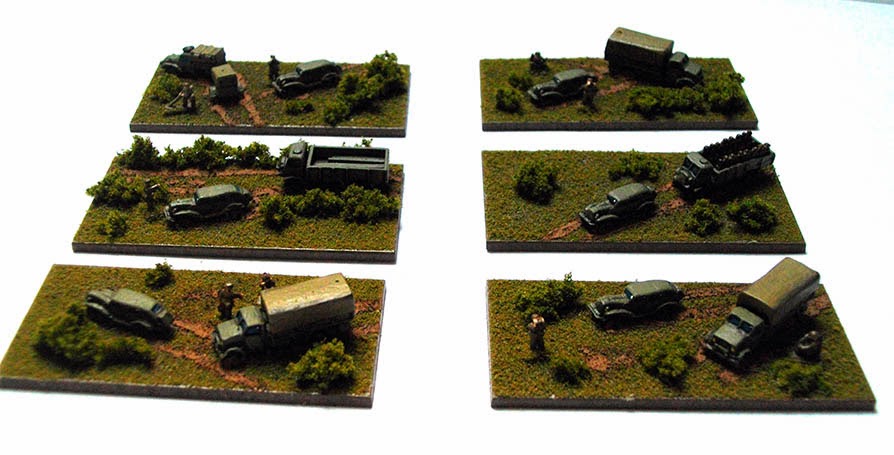 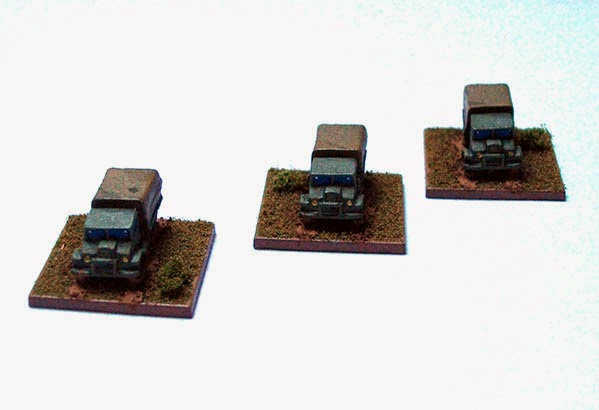 Lastly I painted up the majority of the 17th Field Regiment Royal Artillery. The had, so far as I can see, been issued the new 25pdr guns by 1940 and with little information as to what specific regiments had towing wise I just went with the classic 25pdr towing vehicle which was also coming into service in 1940. 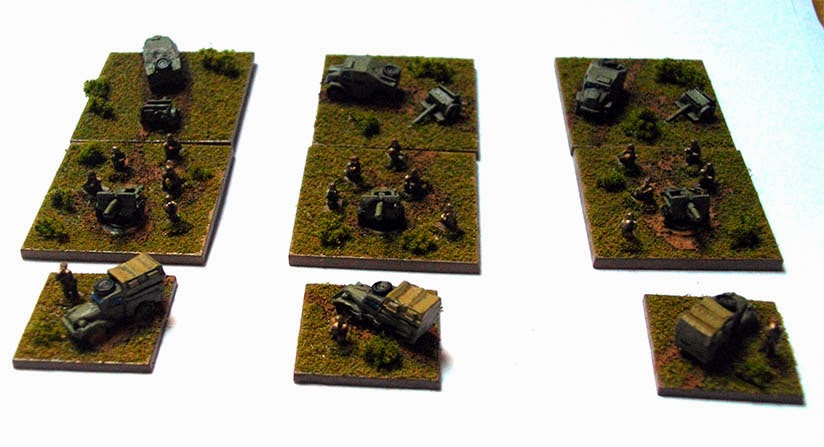 The regiment comprised of two Batteries further divided down in to 3 troops each. Each troop had between 3 and 4 guns depending on issue. As with the scale elsewhere in my force I am representing 3 guns with 1 model so 1 gun is a troop and 3 is a battery. I decided to base the arty on separate bases to their towing equipment as bases big enough for both just looked too big.

The individual vehicle and figure on the small stand in front of each troop is the troop commander who acted as the forward observer/spotter for the troop his XO commanding the guns themselves.

I need to do two battery command stands and a further Regiment command stand but the bulk of this is done. I'm not sure how much painting i'll get done in the next few weeks as work is packing me off to Birmingham.