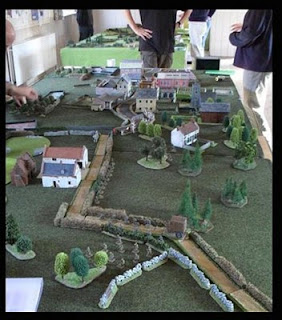 I have spent a very enjoyable day at Tring today playing VBCW with some gaming chums from GWP. The game I played was a 2 a side game of Anglican League (me and Ook from GWP) versus Alan (from the local club) and Andy (a newbie to wargaming but a fine addition to our group none the less).

Some pictures below of the game, most of which are a bit arty farty as I got distracted and didn't take many wide shots of the actual game. 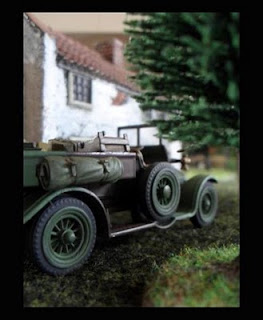 My supply wagon in parked up behind the front lines. 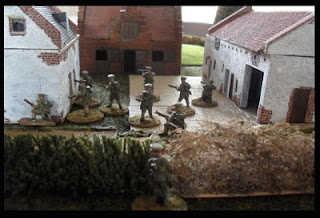 A squad of my infantry move to secure a small farm on the outskirts of town, the chap nearest the camera is there NCO who took 3 turns to jump the hedge while his troops made it in one go. These guys were cut down in two turns of shooting not long after this. 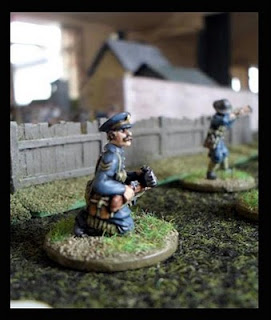 One of Ook's Anglican League on the edge of the village preparing to advance on a small orchard occupied (sort of) by Royalist Infantry. 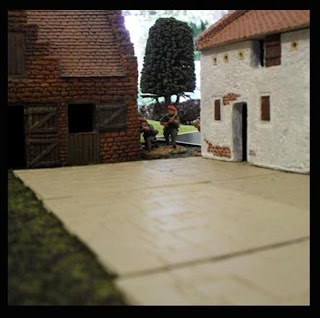 Royalists prepare to cross the same courtyard as my troops. They never actually crossed but took pot shots at me from the edge for a couple of turns. 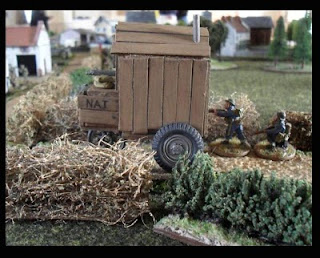 The recon shed on the edge of town. It fired twice and ended up jumpy and then suppressed for most of the game. Can't blame the commander I guess he is sitting in a potting shed with wheels. 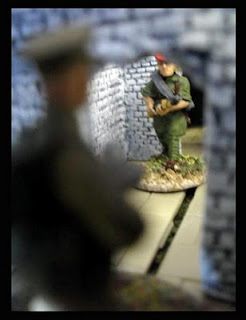