95th Rifles (in a manner of speaking) 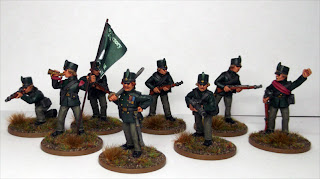 For the last few days I have been painting up these rather nice figures from Mr Hicks shop MuttonChop. I have actually painted up four of these previously in a blue tone, but I didn't like it and never felt as though the paint job did the figures justice. So last week I stripped the blue paint off and repainted them as above.

These fine fellows are a small squad (under size at just 8 men) for my Very British Civil War royalist army.

They are the 95th Factory Rifles led by Mr S. Harp (cough) the factory owner.

I'm really pleased with how they turned out, and they have been squeezed into my modelling cabinet.

Below are some close up's of some of the figures. Who knows they might even make it onto the table top at our game at Partizan in June! 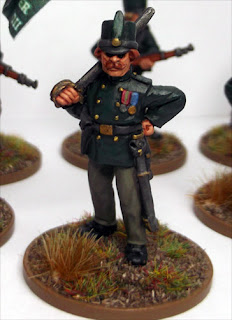 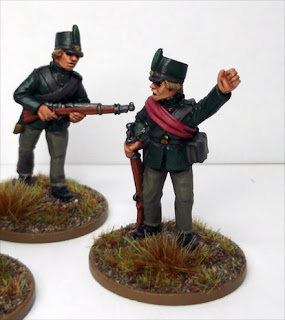 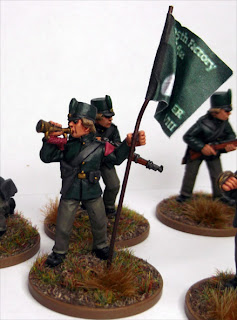 Standard bearer, and Bugler (now there's some multi-tasking) the flag was wiped up on photoshop. I will probably change it at some point. 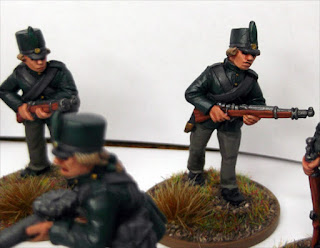 A couple of the riflemen, I'm really pleased with how their rifles turned out.