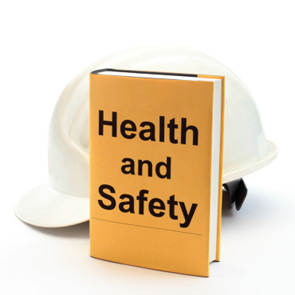 I wanted to bring something to the attention of any UK based readers, which has been largely unreported. I wont lie the following may seem largely boring, and some will think irrelevant. But trust me when I say this new piece of legislation scales back workers protections to Victorian standards and removes most, if not all of the regulatory requirements on an employer to ensure YOUR workplace is safe and a health place to work. It will also have much further reaching consequences for workers and the courts.

My background as some of you may know is in the Insurance industry. I am a reasonably senior investigator for a large multinational who handles injury claims of all types for some of this, and the worlds, largest Insurers. Without meaning to blow my own trumpet I am an expert on Health and Safety law as it applies to the workplace, and insurance claims, and have investigated everything from tiny cuts to major injuries.

The current Government has modified The Enterprise and Regulatory Reform Bill to make a significant change to safety at work. Section 61 of the bill  removes the Civil Liability on employers to comply with any of the current health and safety regulations unless the regulations specifically implies a civil liability for a breach of the them.

"Breach of a duty imposed by health and safety regulations shall, so far as it causes damage be actionable except in so far as the regulations provide otherwise"


“(2) Breach of a duty imposed by a statutory instrument containing (whether alone or with other provision) health and safety regulations shall not be actionable except to the extent that regulations under this section so provide.

Now the real question is what does this mean in real terms if you are injured at work and think it is the employers fault?

The result is the immediate effect of removing liability on employers if they breach the regulations, for example.

Say I am 18 and new to the metal fabrication industry, I work with a large table saw all day cutting sheet metal into shapes for further fabrication. The equipment I use is a table saw, which is very sharp and could quite easily cut my fingers or hands off if used incorrectly, or if it is faulty. I am new to this role and type of work, my employer asks me if I have used the table saw before. Because I don't want my new colleagues to laugh at me, and because I think it looks easy I say yes. The employer says fine hands me some metal and tells me to crack on cutting it into stars for a client.

I don't really know what I'm doing don't set the safety guard properly and cut three of my fingers and my thumb off on my dominant hand. They are badly damaged and cannot be salvaged by a Doctor. I am no longer able to work, and there is no remedy for the loss of my fingers. I will have significantly reduced earnings and have to retrain entirely.

I sue my employer because I was not trained on how to use the equipment, and I only had a go at it because I didn't know any better and thought it would be easy.

Now when considering the claim for the above individual under current legislation the employer would, amongst other regulations, have to show compliance with the requirements of the Provision and Use of Work Equipment Regulations 1998 (often referred to as PUWER98). Specific requirements, broadly speaking, are that the employer would have to show they showed the employee how to safely use the work equipment, provided him with appropriate information on the specific risks, and provided appropriate guards for the moving parts.

In the above example the employer would be liable as no training or information was given to the employee, it would be clear cut, easy to establish fault and move forwards.  I should also advise that I do not believe the requirement to train an employee on dangerous equipment is a particularly onerous one on the employer. Just 30 minutes training would have been sufficient to show the employee the safe way to operate the machine and how best to avoid injury.

If the incoming regulations pass, which they almost certainly will, the situation would change significantly.

Again taking the above example, under the proposed legislation the employer simply does not have to show any compliance with the regulations  All he has to do is demonstrate he acted "reasonably", and guess what a court could conceivable consider that by asking the employee "do you know how to use this machine" the employer has acted reasonably. There will no longer be the requirement to show compliance or face sanction, the protection offered by current regulations will be removed overnight.

I should say the above example is an actual case I investigated last year, the individual suffered massively debilitating injuries, and has to now come up with another career path. Yes he was stupid to say he new what he was doing, but the employer should have taken the time to train him. He was awarded several hundred thousand pounds which sounds nice, but when your missing most of one hand really is not.

Under the new legislation the young man in question may have gotten nothing. Imagine that was you.

Almost none of the primary regulations which are currently in place confer any kind of civil liability on an employer because, as I said at the start, the HSW Act 1974 currently confers that liability  When this change comes in next year there will be no civil liability for breach of regulations. This will make every single claim more, not less contentions, costs for bringing claims will go up as there will be higher risk and the knock on effect could cause more cases to go to the European Courts.

The effect of this legislation will be a slackening of health and safety priorities on employers that frankly are already woefully lacking in many areas. I have heard all the arguments, "I'm trying to run a business, I'd be here all day if I risk assessed everything" and so on. To be blunt most employers that tell you the legislation is to hard to comply with simply cannot be bothered. Most of the cases I investigate could be easily defended, and the accidents probably avoided, but for want of 5 minutes of care on the part of the employer. Most of the accidents I investigate are insanely obvious issues, which were waiting to happen.

Check the legislation out, if I haven't bored you to death, just Google the name of the bill and it will come up. Part 61 is the relevant part (tucked away under an obscure unimportant sounding heading).

If you read it, and feel like I do that this is an erosion of protection, and reduction in safety, complain to your MP and ask why he is not disputing this legislation. The press are largely ignoring this, and failing to report it with the vigor which it deserves.

Sorry if this is dull, but I think its important, I promise the next post will be less legislation shouty and more model painty!