A walk in the country

The Winter of 79 wargaming concept has recently caught my eye. Like VBCW the Winter of 79 is based around the strife and unrest that persisted around the late 70's and 80s in the UK, but it diverts from history to an alternative where an army council has taken over control of the government and various factions have formed. It has a more "serious" focus than VBCW but the opportunity to create some semi-realistic what if units was to much to pass up.

I've had some argies from the Gripping Beast mofo range rattling around my unpainted lead box for quite some time (possibly 4 years now I think about it) and as visually there is little difference between them and British infantry of the same period decided they would do as an interim measure.

I've painted these four up in a uniform similar to that warn by troops in Northern Ireland in the late 70s. The argies padded jackets have been painted green to pass for flack vests, with DPM shirts and green trousers. I went for a slightly "comic" kind of simple look on the SLR's overall pretty happy with the results. The DPM isn't quite where I wanted it to be, in particular I think the 3rd dark shade in the pattern (the smallest black marks) need to be smaller.

I've some bits on order with Gripping Beast, and the Ferret at Sloppy Jalopy has also caught my eye so more will likley follow. Come to think of if it I also have an airfix landy kit somewhere in 1:48 that will also be of use.

Thanks for looking any comments on the DPM would be appreciated. 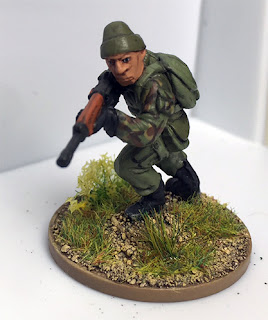 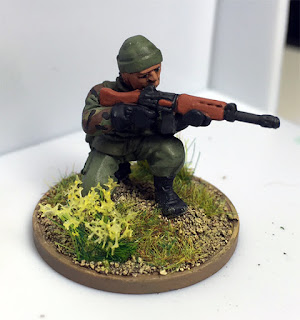 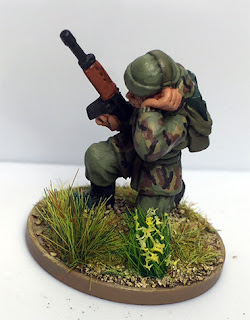 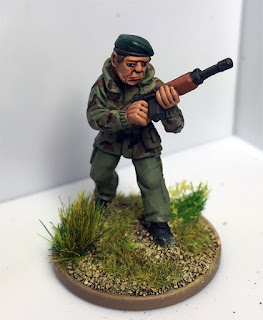