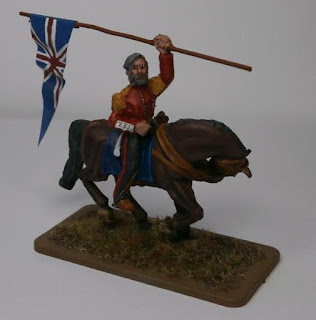 Just finished converting this figure into my standard bearer for "The Other Partizan" next week. The figure is from warlords Crimean war range an the standard hand usually holds a hat. I previously removed the hat, and attached a pistol. However this came loose in transit somewhere (can't remember where) and on finding the figure in my drawer waiting for fixing I decided to drill out the raise hand and insert a flat.

I free handed the flag (I'm not a great free hand painter) which is a simple union jack design. The pictures are a bit dark as I cannot get into photoshop at the moment to sort out the light levels. But I like how the figure looks, should make for an interesting figure to accompany my force. Luckily the paint job fits with my forces anglo-zulu war paint scheme.

I also finished off some walls for Partizan which I built a while ago using some preprinted textures but never got round to finishing the bases for. Its all go for next week now. 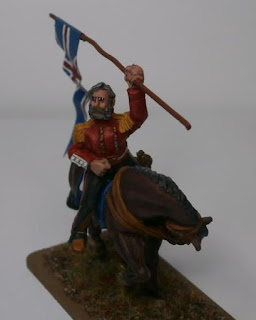 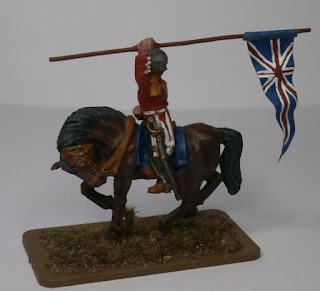