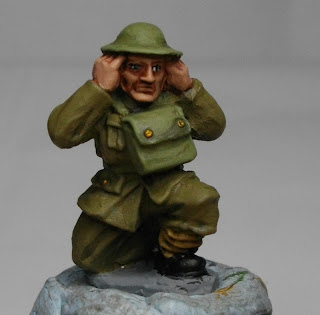 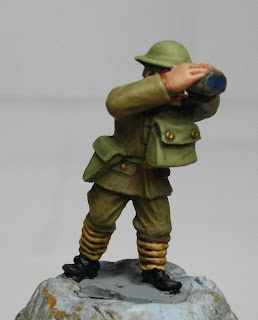 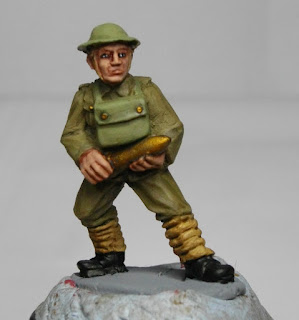 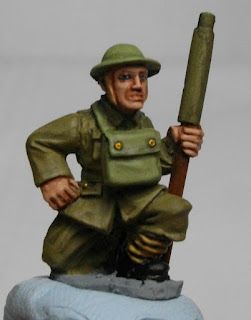 You will have to excuse the odd posting of the pictures, I didn't have access to photoshop this evening so I wasn't able to combine the 5 individual pictures into a single image for uploading.

This is the guncrew from Renegade 18Pdr which I have had knocking around for a while, I'll paint the gun up later in the week, or the weekend depends how busy I am. I like the figures although they have some pretty heft mold lines and flash here and there. I've not done a great job of painting the spotter/officers binocs, equally for some reason in the pictures the arty shell that one figure is holding has come out like a bar of gold! It dosen't actually look that golden so I presume its a trick of the light situation.

Generally they look okay, but I don't think I gave them my all as they look a bit scrappy in places, still will do as I don't have any arty at all without these figures!
Posted by Smillie at 14:31